a subsidiary of
The Emu Outfitting Company 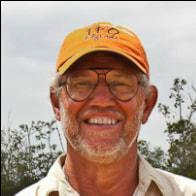 Jim Kern, who founded The Emu Outfitting Company of Arlington, Texas in 1987, has traveled to Brazil’s Amazon 37 times since his initial visit to fish for Peacock Bass in 1997.  Jim was the Vice President and General Manager of Amazon Tours, one of the pioneers of Peacock Bass fishing, from 1998 – 2003.  He developed and managed the American office for Captain Peacock Yachts and Expeditions from 2010 – 2014.  Jim has fished over 300 miles of the Rio Negro as well as most of the productive black water tributaries to the Rio Branco and Rio Negro during the last 20+ years.  Having fished from a wide variety of boat and lodge operations including the Rio Negro Lodge, the Rio Araca Lodge, the Amazon Queen, the Amazon Santana, the Amazon Belle, the Blackwater Explorer, and River Plate’s mobile floating camps, Jim knows the pluses and minuses of the different types of operations offered to Peacock Bass fishermen on the main Rio Negro, the Rio Branco and their black water tributaries.
Jim has also managed fishing and hunting lodges in Alaska including Rainbow Bay Resort, Angry Eagle Lodge and Eagles Peak Lodge, holds a Coast Guard Captain’s license and has held professional fishing and hunting guide licenses in Alaska, Montana and Idaho.  Being an award winning photographer plus his love of fly fishing and tying flies has allowed Jim to share many different aspects of his outdoor experiences with his clients over the last 30 years.  Prior to founding Emu Outfitting, Jim played 19 years of professional baseball including 13 years in the major leagues and was named to American League All Star teams in 1977, 1978 & 1979. Sporting News chose him as the American League Relief Pitcher of the year in 1979 when he won the Rolaids award with the Texas Rangers for posting a 13 and 5 record with 29 Saves and a 1.57 ERA in 142 innings of work out of the bullpen.  Jim’s goal and the goal of his Emu Outfitting Company for the last 30 years has been to share his extensive knowledge and enjoyment of the outdoors in exotic places around North and South America.
​Come join us in our lifelong adventures “where the imprint of man is minimal”.

Jan Kern, wife of Jim Kern is the manager of Emu Outfitting's American office.   With a bachelors and a masters degree in Computer Engineering, she worked as a Technology Director and AP teacher at a private school for 20 years before retiring to work and travel with her husband.   Since retiring, she has served as office manager for Captain Peacock Yachts and Expeditions and Angry Eagle Lodge (formally Rainbow Bay Resort) as well as The Emu Outfitting Company.  She has personally traveled to Brazil a number of times and has fished in Brazil, Argentina, Uruguay and Alaska over the last 20 years. She also spent several summers as assistant lodge manager in Alaska and has served as webmaster for these operations. She enjoys the outdoors and traveling to remote locations.

Carlos (Tuco) Carvalho , one of River Plate Angler’s Brazilian associates living in Manaus, owns and operates one of their 5 River Trains in the Amazon.  Tuco was educated in the U.S. and speaks fluent Portuguese, Spanish and English. Born in Sao Paulo, Brazil in 1977 he has been fishing Amazonia and the Pantanal area for Peacock Bass, Brazilian Catfish and Golden Dorado for 30 years. Tuco was a partner and the onsite General Manager of a Peacock Bass fishing lodge on the Araca River in the Rio Negro watershed from 1999 – 2002, joining River Plate Anglers in 2013.

Alec Thurston has been an avid outdoorsman his whole life, growing up in Michigan’s Upper Peninsula. From an early age, his grandmother put him on snowshoes and took him on hiking trips, and his Father and Grandfather taught him to hunt and fish. Since his early 20s, he spent the remainder of his career as a Commercial Diver, mainly servicing the power plant industry. His longing for the outdoors has taken him hunting and fishing in 38 states, 7 countries and counting!  He joined Emu Outfitting in 2019 to feed his love for the outdoors and to provide clients with trips that create lasting memories!
https://hc.weebly.com/hc/en-us/article_attachments/203664978/Google_Analytics.png